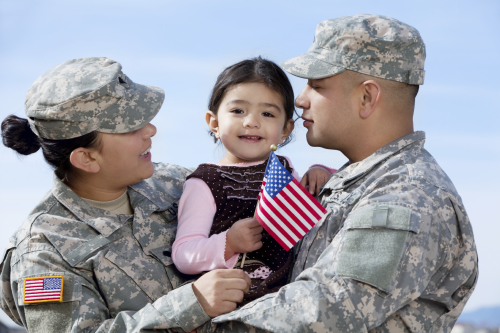 What does it take to become a citizen of the United States?  Despite what you might believe, not military service.1

Many foreign-born veterans erroneously believed that their military service automatically made them citizens, either because they were promised by high-ranking officials that they would be made citizens or because both the oath of enlistment and the naturalization oath confusingly contain the same pledge to “support and defend the Constitution of the United States against all enemies, foreign and domestic; [to] bear true faith and allegiance to the same.” In order to become a naturalized US citizen, however, an applicant must generally be a Lawful Permanent Resident (“Green Card” holder) and affirmatively apply for citizenship.

Some of the 645,000 foreign-born veterans of the US Armed Forces receive the shock of a lifetime when they learn, usually upon application for benefits at Social Security or at their DMV, they are not actually citizens.  The problem with such a late lesson:  holding oneself out as a citizen (by voting or registering to vote, for example) is a criminal and deportable offense.  There may be hope, though, for the foreign-born veteran who has not naturalized and who does not have a serious criminal history.

Vets who never obtained Lawful Permanent Residency2 may overcome the Green Card prerequisite if they served during a designated period of hostility (World War II, Korea, Vietnam, Persian Gulf and Enduring Freedom) or made “extraordinary contributions to national security.”  Without such, they may need to become Green Card holders (through US citizen or Permanent Resident family or as refugees, for example) before naturalizing.

It is important to note that the application process is not the same for veterans as other naturalization applicants.  Although foreign-born veterans still file Form N-400, Application for Citizenship, they must also file Form N-426, Request for Certification of Military or Naval Service, (both forms are available at uscis.gov), and provide a copy of their DD-214 with two passport style photos.  All vets’ applications are mailed to the Nebraska Service Center.  There is no fee for vets to become citizens of the country they served.  In some jurisdictions, eligible veterans may request that they naturalize the same day of their interview which consists of speaking, reading, and writing in English as well as civics questions.

Applicants should seek legal help from an experienced immigration attorney or a Service Officer with their local American Legion or Veterans of Foreign War post.

Elizabeth Ricci is the Managing Partner of Rambana & Ricci, PLLC Immigration Attorneys.  She has represented several foreign-born veterans pro bono and was recently described by the Philadelphia Inquirer as the “go-to lawyer for veterans.”  The Veterans Law Clinic Scholarship at Nova Southeastern University Shepherd Broad Law Center was named in her honor.  She may be reached at elizabeth@rambana.com.

2 American Samoans, although nationals, are not US citizens.  American Samoan vets need not be Lawful Permanent Residents to naturalize but must live in another part of the United States in order to apply for citizenship.