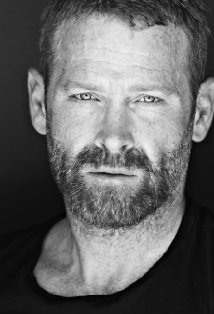 “Will Gardner” – A Film about One of America’s Forgotten Heroes

On any single day in the United States, there are close to 68,000 homeless military veterans living on the streets.  The majority of them are young men and single. About 8% are women.  If you find that statistic shameful and disgraceful, you will know why actor Max Martini is making a film about it. And if you know a homeless vet with traumatic brain injury (TBI) the cause becomes a personal one.

Max is no stranger to the military. He was a favorite character on the former CBS-TV show “The Unit” and played a special operations solider. While on the show, he eagerly volunteered to go on two USO tours to Iraq and Afghanistan. While there, he met some of America’s finest citizens and since then he has kept in touch with them. He knows their story. He’s heard what they went through over there and heard what they’ve been through back home. And it hurts him.

His passion, determination and drive to make WILL GARDNER is rooted in his soul. He wants to tell the story of a homeless veteran who lives with the effects of traumatic brain injury. But there is more to it than that. “These kids enlist to go fight and defend their country and we have to take care of them. They shouldn’t have to ask (for help). There are so many with TBI who can’t function. They have memory loss, anger issues and none of those keeps a guy employed. It all affects employment. There are lots of charities out there who want to help homeless vet and it’s great. But it’s not enough. My intention with this film is to awaken the audience to how significant the problem is. As an actor, I have an audience and I want to do something good with it. I have an obligation to use it for good.”

Max wrote the script for WILL GARDNER and has since enlisted most of his former cast mates from “The Unit” to be in it. This ensures the film is top-notch on every level. It has been a tough mission to get it off the ground. Now, it is up to the support staff of the public to make it happen.

Any independent film maker will tell you it is hard to get a pet project funded. It is even more challenging when you tell prospective investors that 50% of the proceeds will be donated to four charitable organizations working for and on behalf of homeless veterans and those with TBI. They run like the Taliban from our troops when they hear that.

Max Martini opened the grassroots WILL GARDNER campaign on his Facebook and Twitter pages (@Maxifrage). Go there first and ask him any questions you might have. He has opened the GoFundMe crowdfunding campaign for donations to make the film a reality. GoFundMe is fundraising site and it the most successful of all of them. The campaign will run for 60 days and the goal is to raise $2.5 million. All funds go directly toward the making of the film.

Here is the direct link to the campaign: http://www.gofundme.com/38170w

“I’m an American that cares about our country and military and I am absolutely grateful that my kids and wife can live in a country which is safe and free. I know the price of freedom”, he stated emphatically.