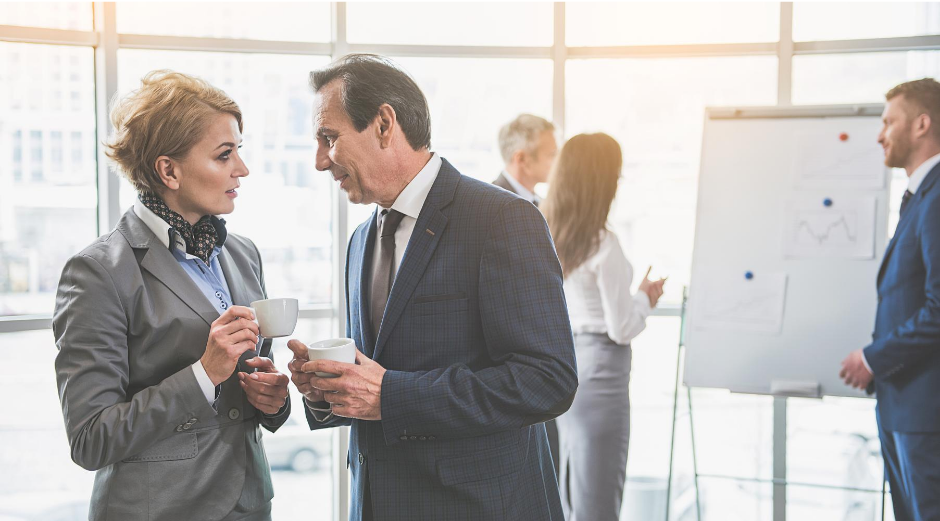 Everybody agrees that building great relationships with coworkers and networking is a great thing to do. 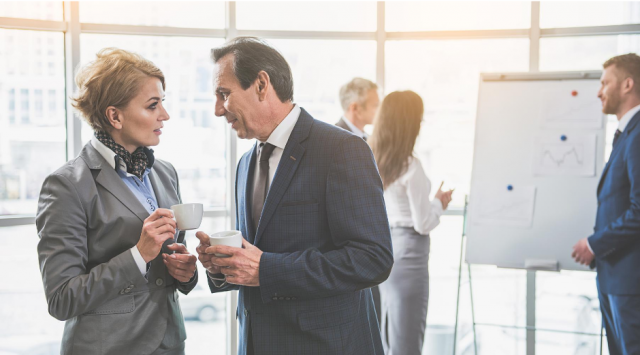 It’s also valuable to have a degree of candor when doing so… But you need to practice self censorship as well. One easy, low-hanging fruit in this area is knowing what’s not OK when asking ice-breaker questions. Or that quick chat in line at the coffee shop. A little forethought can save you some headaches later. Make it a point to avoid these 10 questions at work, and why you should.

One would think that common sense might prevail in this situation but you never know. Especially at work, this can be a really difficult situation. Mainly because out of the two possible outcomes neither of them will be good. It’s quite simple actually, if that coworker isn’t pregnant you’ve just insulted her by saying she’s overweight. If she is in fact pregnant, she may not be ready to announce it to everyone. So perhaps it’s best to avoid it. Seriously though, coworkers reproductive plans are none of your business anyway, so along those lines don’t ask if they’re planning to have kids either

“Have you lost weight?”

If one of your colleagues has in fact slimmed down, this may seem like an all right question. However, you may not know the full story behind their weight loss. A very common and not unlikely example is because they are ill, which means you’ve just put them in a very uncomfortable position. Leave it alone.

This one applies more to people you might not know as well as others. This one should certainly be avoided as an icebreaker… Nobody likes to hear that they look exhausted or overworked. This can often be interpreted as looking old and haggard. Stick to compliments.

“Mike in shipping is an idiot, don’t you think?”

While you may be great friends and talk about everything under the sun at the water cooler venting your frustrations about other people in the workplace can result in much bigger problems than you probably imagined. The biggest one is it could get right back to the person you’re speaking about. Best advice, vent about work to people outside of work.

“What do you make, anyway?”

If you haven’t heard it before, the two cardinal sins for conversation at work our religion and politics. Few topics are more polarizing than these two. Both of these topics If you haven’t heard it before, these topics are often linked together in some way. So best to give a wide berth to these questions at work. And besides, there’s so much more to talk about!

It may be innocent enough, or even meant as a joke. Regardless of your intentions the sex or dating life of coworkers should be considered off-limits look in the mirror and picture yourself being asked the same question.

“When are you and [significant other] going to get married?”

Who says everyone wants to get married? If a particular coworker doesn’t want to marry their significant other it stands to reason they don’t need to be reminded that they haven’t made plans yet. And, you may have no idea if their relationship is even healthy.

Current estimate show that four and 10 people have a tattoo. Of those, a Pew Research Center survey says nearly 75% say they hide them at work.Current estimate show that for a tattoos tend to be very personal. So even if it’s visible, that coworker may not want to share the story behind it. Stick to complements, and if they want to share, they will.

OK so you’re the worst judge of age on the planet. However, asking someone their age can have serious repercussions. A recent survey conducted by AARP showed some kind of age discrimination at work in nearly 2/3 of workers age 45 and older.  Age related questions at work could get you in hot water with HR and an age discrimination claim. Steer clear.

If you’re still looking for opportunities for yourself or someone else, check our Career Search Engine.