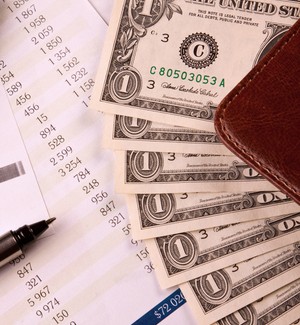 According to a November 2011 article by Business week young veterans between the ages of 18-24 had the highest rate of unemployment when compared against veterans of other age groups.

Part of the problem may be our Federal minimum wage has been stagnant at just $7.25 per hour which would not cover the basic needs of an individual looking to take entry level work, even temporarily.

Today a person working for minimum wage would have to work 109 hours just to make rent, this account for roughly 2 ½ weeks of work just to pay one bill. In contrast, in 1970 a person making minimum wage at the time could have paid rent in less than 68 hours of work, or just over a week and half. (1)

This is critical because it is clear that our minimum wage has not kept pace with the cost of living over the years. This is especially important to young people, including our young veterans who may be in career transition or attempting to go to school while trying to live independently from friends or family,

There may be good news on the horizon however; some lawmakers are taking advantage of an election year to try to push for a minimum wage increase. A minimum wage hike could ease some of the burden that our younger veterans are facing as well as encourage some to take a minimum wage job rather than remain unemployed while looking for more lucrative work.

Another benefit to raising the minimum wage is that the increased revenue gets pumped right back into the economy by low wage earners who have little choice but to spend everything they make in order to survive. This increase local revenue can lead to increased demand and therefore job growth which then makes it easier for skilled employees to find jobs that fit their skills and may pay more.

In the end there is little reason not to pass a federal minimum wage increase as only 3.8 million of the nation’s 73+ million workers actually earn minimum wage, but the overall benefit to the employee and local businesses are far greater than any associated market impact it may have. (2)

It is clear that evaluating and adjusting our federal minimum wage is a clear method to help our younger veterans in getting back to work. The benefit of being able to take a job that can actually pay outstanding bills outweighs the benefit of getting or staying federal or local assistance and allows the young people of our military to stand up proudly while contributing to the economy.

Pete Kontakos is a contributor that discusses a number of topics including online education, internet marketing, seo who also writes for US HCG.