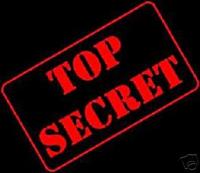 Public administration is a rewarding field regardless of where someone finds work, but the kinds of work that administrators have to take on is vastly different depending on the organization that offers it. Government employees generally focus on helping local populations within a given district whereas non-governmental entities reach out to the underprivileged across the globe. NGOs operate outside of existing governments as collectives that are bound by international law, and although much of what they deal in could be considered political, they are strictly non-partisan organizations.

Many of the same jobs need to be done in both kinds of organizations. There are some cases where there is no overlap; NGOs don’t typically require economic development directors, but every organization needs a strong human resources department. Public relations is also a vitally important aspect of any large organization, and consultants can find work with any organization that’s looking to change its internal culture for the better.

An NGO may focus on things like installing wells in Africa or providing refuge for people in countries with corrupt regimes. They often focus their efforts on lobbying against multinational corporations, and although the challenges people face in the first world aren’t the primary focus, they are addressed when it’s part of a global effort to effect change.

Governmental agencies are concerned with bringing new jobs into communities. They deal with energy politics and often seek to increase usage of alternative sources such as solar panels. They are deeply political, and everyone within a government institution needs to be able to play politics. These agencies decide whether new roads get built or whether initiatives are set in motion to deal with things like water pollution.

Working as a public administrator in any capacity for any organization can be a boon to a potential political career. The actions taken under a public administrator’s watch define such campaigns before they begin, and people respond very positively to politicians who previously brought jobs to an area or provided better access to major resources. Working for governments as opposed to NGOs is the easier path for anyone aspiring to a higher office, but accomplishments on the global stage can be sold as credentials for one’s capabilities on a local or federal level.

Many NGOs are engaged in multiple activities, but it’s worth noting that there are sub categories for NGOs that place their focus on one specific thing. Operational NGOs focus on providing services; their people go to places where people are in need and actually install the water filters that will give people clean water or start businesses to provide the jobs that the impoverished desperately need. Campaigning NGOs work to raise awareness of the problems people face around the world, and they usually raise money to give to contractors or organizations to help them fulfill their goals.

The Right Job for the Right Person

The jobs available to public administrators in governmental agencies and NGOs are quite numerous, and whether someone prefers to work on fiscal policy or housing the homeless there are plenty of opportunities to do so. Both types of public administrators have a chance to make a difference in the world; it come down to the kind of mark someone wants to make.