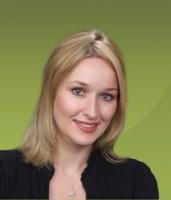 My name is Chaplain (CPT) Craig Bailey. I currenlty serve in the Alabama Army National Guard. In addition to my chaplain duties and pastoring a small church, I serve as a Franchise Consultant specializing in veterans and military members interested in becoming a “Frantrepreneur” and owning their own business.

Hey soldier! Want to be a frantrepreneur? Have you ever considered becoming a business owner? What about a franchise owner? What is the difference between the two? A franchise is a business where the trade name and business model are replicated from the franchisor to franchisees. When most people think of franchise, they think of food services. Franchising involves much more than that. In fact, any sort of business can be franchised whether it be a restaurant chain, automotive chain, hotel, etc. Why would someone want to consider a franchise over a traditional business?

According to the International Franchise Alliance and Small Business administration, only about half of all small businesses make it to the five year mark, while a whopping 90% of franchises are still going. This makes franchise ownership a safe and powerful investment. In addition to this, lenders are more likely to lend to prospective franchisees because of the proven business model, highly recognized brand name and on-going support provided by franchisors. Think about it this way, how many mom and pop businesses have we all seen go out of business? When is the last time you have seen a Subway or McDonalds go out of business? Franchises work with franchise business owners to ensure they have the on-going support they need to be successful.

There is a wide range of investment capital required to become a franchise owner. Some require a substantial amount but some require a miminal amount. Any business will require investment and start up capital, however a franchise will cost far less because of the system the franchisor already has in place. There are also literally several hundred franchise business concepts out there. A potential franchise owner would need to consider whether they want a passive or an active business, a home-based business, brick and mortar, mobile, business to business, etc.  All franchises will require the business owner to follow a set standard operating procedure. This is particularly well suited for military members who are accustomed to a culture of following orders in order to be successful.

A franchise is required by the Federal Trade Commission to fully disclose its business to potential investors. This disclosure is accomplished by issuing a Franchise Disclosure Document or FDD to investors. This document reveals twenty three areas or vital signs of the business. Items are disclosed such as financial health of the franchise, litigation history, business model, required capital, earnings, expenses and fees, etc. Once the franchise issues an FDD to a potential investor, the franchisor must allow the investor 14 days to review the document before accepting payment or a signed copy of the franchise agreement.

As you can see, franchising is a highly regulated industry which is great protection to the potential entrepreneur. This is a tremendous advantage over a non-franchised business. Guard soldiers would be a perfect fit for franchise ownership, however the best bet is to go through a franchise consultant. A consultant is a highly trained professional that is very familiar with the industry and can help business investors avoid costly pitfalls. A Franchise consultant can match prospects with a franchise that is well suited for them.

The unemployment rate has been hovering about 8% for a long while and it is not projected to go down. Tragically, the unemployment rate for military veterans is much higher than non-veteran groups. As a business owner, however, no one can take away your job or your paycheck! You are in charge of your destiny and the military discipline and training military veterans have acquired will go a long way to ensure their success.

For those looking to invest in a franchise, the rewards are great. Even for those who may feel they cannot qualify, a highly trained franchise consultant can link a soldier with financing sources, veterans discounts, prequalify them and bring them to the front of the line with not just any opportunity but the right opportunity. And did I mention there is no cost to the soldier for the use of a franchise consultant’s services? So what do you have to lose? Create your own path. Own your future, own a franchise.

CH (CPT) Craig Bailey is a franchise consultant and is owner of Cornerstone Capital & Consulting, LLC. In addition to his consulting firm and Guard duties, CH Bailey pastors a small church and raises English Bulldogs.  He can be reached by email at cornerstonefranchise@gmail.com or visit his website at www.cornerstonecapitalconsulting.com