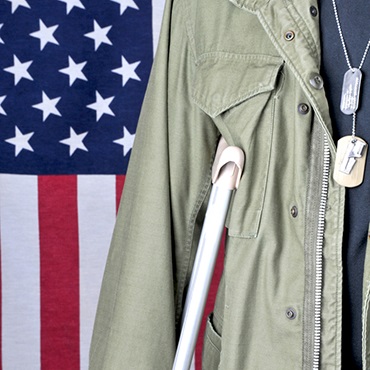 These unique health hazards are just as important to consider as shrapnel wounds or other universal risks. In fact, they may be more important – considering that many tend to develop years after service, rather than during. Below, we outline the most common risks faced by veterans of major wartime periods.

The VA refers to a select group of World War II veterans as “Atomic Veterans.” This group includes prisoners of war, nuclear weapons testers and those who were stationed in  Hiroshima or Nagasaki between August 1925 and July 1946. Because of their involvement with radiation risk activity, these World War II veterans may be at risk for many cancers, including:

Mustard gas was another common exposure hazard that placed World War II veterans at risk for severe complications. More than 64,000 veterans endured testing to determine the risks of the chemical, and may now be experiencing the following long-term issues:

World War II veterans also served during a time when the United States mandated asbestos use in its ships. These veterans – especially those who served in the Navy – may now be facing malignant mesothelioma or similar conditions from the exposure.

Used exclusively during the Vietnam War, Agent Orange is perhaps the most widely known health risk in the military history. Among other skin conditions and respiratory conditions, veterans exposed to this toxic herbicide may experience:

While exposure most commonly occurred in Vietnam or on Vietnamese naval boats, it also occurred on Coast Guard ships, C123-planes and in military storage units.

Vietnam War veterans also make up a high percentage of hepatitis C victims. One study at the Memphis VA Medical Center found that Vietnam veterans accounted for more than 68 percent of the center’s hep-C cases.

Aside from war injuries, infectious diseases were the greatest health threat to Gulf War veterans. Malaria, salmonella and the West Nile virus were common. Other, lesser-known infections associated with Gulf War service include:

Most of these illnesses developed within one year of service, so few Gulf War veterans would be noticing symptoms now. They may, however, experience symptoms that are connected to their service, but not a specific disease. These range from headaches, neurological issues and respiratory illnesses, to fatigue and sleep disorders. If these symptoms persist for six months or more, the VA considers them service-connected conditions.

Veterans who served in Operation Iraqi Freedom and Operation New Dawn were also at risk for the infectious diseases associated with the Gulf War. The VA offers a similar comprehensive screening for both groups of veterans, due to the overlap in health complications.

Faith Franz is a writer for The Mesothelioma Center. She likes to spread the word about the benefits of alternative medicine.

Centers for Disease Control and Prevention – Facts About Sulfur Mustard. Retrieved from http://www.bt.cdc.gov/agent/sulfurmustard/basics/facts.asp