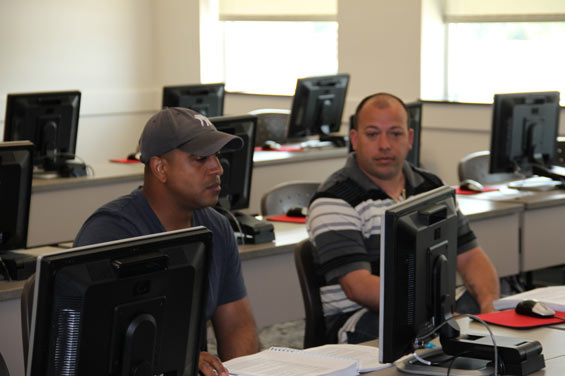 Since 9/11, military veterans have experienced an unemployment rate about 50 percent higher than their predecessors, according to the U.S. Bureau of Labor Statistics.

Exactly why that discrepancy exists is hard to say.

Sometimes it can be challenging for a serviceman or woman to translate their military work experience and knowledge into civilian skills and attributes that hiring managers understand —and desire. It’s challenging, too, when military personnel have worked in roles that have no direct civilian equivalent.

Last summer, IT Futures Labs — an initiative of the Creating IT Futures Foundation —began a pilot program with Fayetteville Tech Community College (FTCC) in North Carolina to offer fast-track IT certification training to soldiers in their final year of military service.

The purpose of the pilot, called Transition Tech, is to learn whether fast-track IT certification training can be an effective means of helping military personnel secure civilian employment. FTCC is located near Fort Bragg, the largest U.S. Army base by population.

Each month, 700 military soldiers at Fort Bragg move from active military service into the private sector.

Transition Tech initially targeted soldiers who had IT experience but who wanted to measure it against an industry-recognized certification. The program eventually began enrolling soldiers with little tech background who are interested in pursuing a civilian IT career.

The free program was first offered in Summer 2015 for six weeks. Although shorter than most courses at FTCC, Transition Tech was offered as part of the school’s academic offerings and awarded credit hours toward a degree for each certification attained.

The curriculum was mapped to three well-known IT industry certifications: CompTIA A+, Cisco CCNA, and CompTIA Security+.

Based on these results, the curriculum for a second cohort conducted in October 2015 was altered, with improved results. A third cohort begin classes this month. Training for CompTIA A+ was extended to four weeks and CompTIA Network+ training was extended to three weeks, for a total course time of seven weeks. Training for CompTIA Security+ will be offered separately at a later date.

The curriculum changes come as Transition Tech continues to receive significant interest and requests for admission from transitioning soldiers who are new to the IT field, said Eric Larson, director of IT Futures Labs.

“IT Futures Labs deliberately follows a model that involves trial, learning and revision,” Larson said. “Our continued collaboration with FTCC’s Transition Tech will help us recommend best practices for training programs around the country that want to help military personnel make the jump to a rewarding civilian career.”

For veterans long past their military service time, Creating IT Futures offers a free, eight-week IT career program, called IT-Ready. Students in IT-Ready work toward the CompTIA A+ certification exam and learn both hard tech skills and softer career skills to get an entry-level job on IT. Beyond the training, Creating IT Futures matches graduates with local area employers. More than 80 percent of IT-Ready students graduate, certify and are placed into IT job.

Click here to learn more about Creating IT Futures’ programs for veterans. A white paper about Transition Tech also is available.