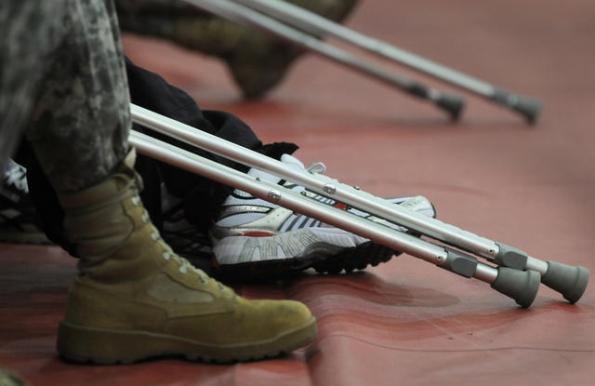 The brave men and women of the military confront life-threatening situations every day. But even after their tour of duty is over, they face a set of hazards that are altogether different from those that challenged them during their service.

While on active duty, immediate injuries such as lost limbs or combat wounds are the primary concerns. Once discharged, however, the focus shifts to conditions with a longer latency period – those that develop over time. Some are physical, others are mental, but all of them can be just as serious as gunshot wounds and shrapnel.

Chemical-Induced Heart Damage – Many veterans were exposed to chemicals such as Agent Orange or nerve gas. These compounds – especially when encountered over a long period of time – can cause long-term heart damage. For instance, Gulf War veterans who used the compound Sarin may now be dealing with enlarged heart ventricles or arrhythmia.

Post-Traumatic Stress Disorder – Often brushed aside by veterans as a sign of weakness, PTSD is a very real and very serious condition that affects up to 30 percent of veterans. This condition is significantly associated with direct combat; however, many other military experiences can trigger trauma in the brain.

With PTSD, triggers release chemicals in the brain. These chemicals in turn trigger flashbacks. Although they are induced by the part of the brain involved with normal stress reactions, the impact of the reactions is greatly magnified.  Night terrors, feelings of numbness and depression, anger and constant tension are the most common symptoms; when left unaddressed, they can greatly interfere with vets’ daily lives. Unfortunately, various studies indicate that only half of veterans referred for mental health care actually followed up for the treatments.

Infections – Gunshot wounds and other direct injuries do pose the risk of infection while on active service. However, post-service infections can also develop. These infections often come from exposure to foreign compounds that are not controlled by any vaccines.

Brucellosis – also known as Crimian Fever or Malta Fever – is one such infection that can persist for life. This disease occurs when people come in contact with contaminated animal feces or meat. It’s especially common in European and African countries.

Lung Cancer – Veterans who have developed lung cancer since their discharge may be dealing with the effects of asbestos exposure. The fibers were once used in Navy ships, Army tanks and even military barracks, and inhaling them can cause serious respiratory diseases. Because smoking was a common part of military culture, veterans may have further increased their risk for asbestos-related lung cancer. (Tobacco use can make people more susceptible to asbestos-related cancers.)

Parasitic Diseases – Parasitic exposures can also cause serious health complications. For instance, the bite of the Middle Eastern sand fly can cause the serious and painful condition known as leishmaniasis. The cutaneous version of this tropical disease causes skin sores, but the visceral version can induce spleen and liver damage. The mucosal version – which causes sores in the nose, mouth and throat – can go undiagnosed for years. If not treated, visceral leishmaniasis can be fatal.

With each of these conditions, early diagnosis and prompt treatment is essential to survival. Even if you’re not dealing with any health complications right now, it’s wise to take advantage of your local VA system’s preventative programs and early detection screenings.

Faith Franz writes for The Mesothelioma Center at Asbestos.com. She encourages patients to consider the benefits of alternative medicine.