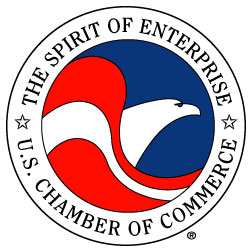 WASHINGTON, D.C.—The U.S. Chamber of Commerce’s Hiring Our Heroes announced today that it will expand its program from 100 hiring fairs nationwide in its first year to 400 fairs in its second year. Kevin Schmiegel, executive director of the Chamber’s Hiring Our Heroes veterans initiative, made the announcement in an exclusive interview this morning on NBC’s Today Show.

Hiring Our Heroes also welcomes today Capital One’s partnership in executing this effort. Capital One, a company with a long record of supporting veterans and their families both in hiring and transition support, joins with the Chamber and dozens of companies from every major industry and sector to support Hiring Our Heroes and to fund local, free hiring fairs for veterans and military spouses.

“We began this program with the mission to connect our heroes and their spouses with new career and job opportunities,” said Schmiegel. “Capital One is the perfect example of a company that gets it. With their assistance, we have the opportunity to connect hundreds of thousands of veterans this year with thousands of companies across the nation. Without Capital One and all of our corporate partners stepping forward, this program would not be possible.”

In March 2011, the U.S. Chamber of Commerce launched its Hiring Our Heroes program, a nationwide effort to help veterans and military spouses find meaningful employment. The Chamber started the program to improve public-private sector coordination in local communities, where veterans and their families are returning every day. Working with our extensive network of state and local chambers and public, private, and non-profit partners, we will do a better job of matching veteran and military spouse talent with career opportunities in the private sector.

“Capital One is privileged and honored to have veterans of every branch of service as colleagues, team members and leaders throughout our company,” said Jory Berson, Capital One’s Chief Human Resources Officer. “The tremendous problem-solving and leadership skills that are central to so many military careers apply exceptionally well to the private sector. We hope that through this partnership we can help more companies put these skills and talents to work.”
Through Capital One and all of the Chamber’s corporate partners, Hiring Our Heroes will continue to grow beyond its 400 hiring fairs in the coming year. On March 28, the initiative will mark its 1st anniversary with hiring fairs in New York, Chicago, Fort Hood, and Stuttgart, Germany (via a global virtual online hiring fair with Military.com). At the fair aboard the USS Intrepid in New York City, Hiring Our Heroes will make another significant veterans hiring announcement.

capital one, hiring, hiring our heroes, nbc, today show, us chamber of commerce