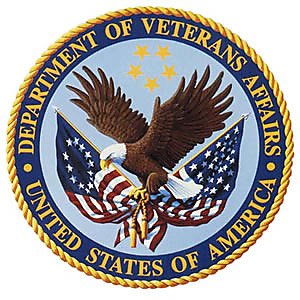 Many of you have heard about some changes in the VRAP program so I thought it might be useful to try and provide you with some direct information.

Bottom line, given that the statute directs VA that we do not have the authority to pay VRAP benefits after 31 March 2014, the decision was made to compute and distribute a lump sum payment for those Veterans still enrolled in March 2014 to enable them to complete their current term of instruction between now and June 30th.  It does not provide anyone more than the original program’s 12 months of benefits.

We have begun to compute those lump sum payments already.  So, for example, if a Veteran is currently enrolled with a term/enrollment completion of 10 May 2014 – that individual would receive a lump sum for the month of April + 10 days in May.  If a Veteran’s term ends on 15 July, that individual would get a lump sum payment for April + May + June – and not the 15 days in July.  These payments will not be made for enrollment periods that begin after March 31.  Again, this lump sum payment does not provide additional VRAP benefits beyond 12 months.

As you know, VRAP was established by the Veterans Opportunity to Work (VOW) to Hire Heroes Act of 2011 and began July 1, 2012. So far, we have provided more than $740 million in retraining assistance for more than 75,000 unemployed Veterans between the ages of 35 and 60 years.

School Certifying Officials must submit all VRAP enrollment certifications to VA on or before March 17, 2014 and must continue to review enrollments and report changes to VA for training pursued after March 31 through the end of the current enrollment period.

VRAP participants must verify attendance on or after March 31, 2014, for training pursued in March to receive payment. Attendance may be verified via VA’s Web Automated Verification of Enrollment (WAVE) at https://www.gibill.va.gov/wave/index.do or via the toll free Interactive Voice Response (IVR) telephone line at 1-877-VA-ECERT (1-877-823-2378).

Participants should report any changes in enrollment that occur on or after April 1, 2014, to their school certifying official and to VA at 1-888-GI Bill-1 (1-888-442-4551).  A reduction in training or withdrawal may result in an overpayment.