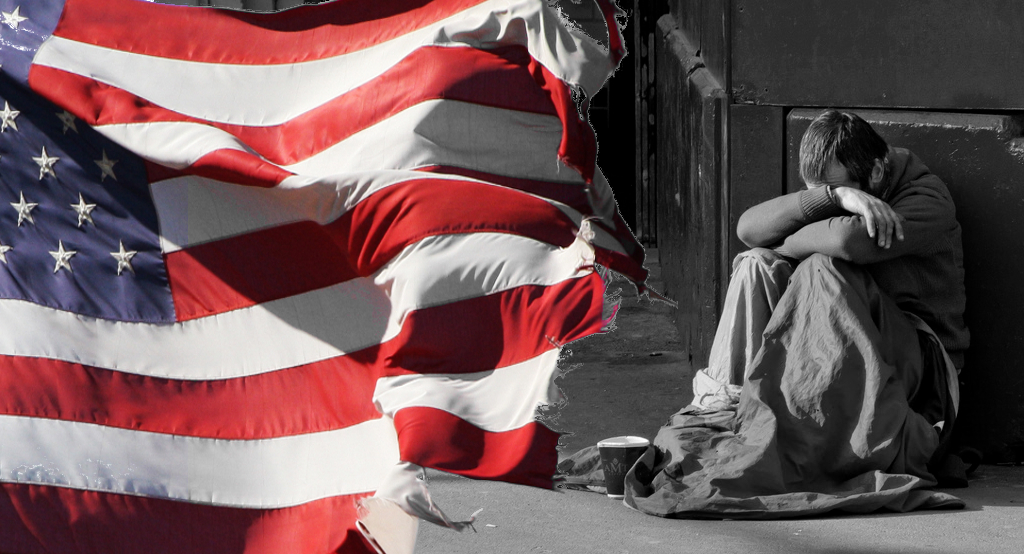 One thing has become disturbingly clear during the country’s anemic economic recovery. Middle-income jobs are disappearing, and they’re not coming back.

Many consider the New York Stock Exchange’s surpassing of the 16,000 mark as an indication that the economic recovery in the United States is well underway. However, much of the growth in this recent economic recovery has been fueled mainly by the  growth in low paying, low-wage jobs.

In contrast, the jobs that sustained and built the American middle class after World War II are disappearing along with educational opportunities afforded to U.S. citizens through mechanisms such as the GI bill.

Military veterans who have pledged their lives to protect many of the freedoms that the U.S. is known for around the world have a unique take on these developments.

They say that economic inequality diminishes freedom in America.

The corresponding decline of America’s middle class is something that should concern the entire nation, but as a military veteran, this development directly impinges on essential American freedoms, freedoms that I helped to safeguard during my eight years with the U.S. Marine Corps, 2nd Battalion.

But how free are you when you’re paid poverty wages? Not very free at all.

That’s what a new report examining the condition of veterans in the U.S. economy, specifically the low-wage security industry, recently found.

The report, called “Underpaid Heroes” found that working conditions for veterans within the industry are poor. The median wage for most security workers is less than $11 an hour, and many security officers are forced to rely on public assistance to make ends meet.

My time in the service taught me a lot about the importance of service, self-sacrifice, and how communities need safety and security in order to prosper.

With one out of five security officers in the U.S. being veterans, we have a responsibility to do right by the men and women that America has asked so much of.

That’s why veterans like me are working with other security officers to push for better wages and working conditions for officers throughout the security industry.

I believe that by improving conditions for security officers, we can continue to serve our communities by having jobs that allow us to work with dignity and provide for our families.

This can also help us to preserve and protect Americans’ freedom from economic insecurity.

Warren Reed is a veteran of the U.S. Marines Corps, 2nd Battalion and a member of SEIU’s Stand for Security Campaign, which represents 40,000 security officers across the country.