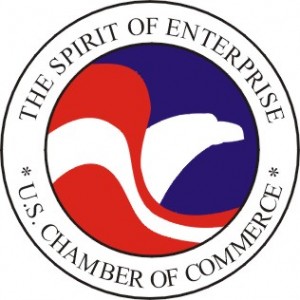 “We are grateful and excited about the generous gift from KISS, and Mötley Crüe,” said Lieutenant Colonel Kevin Schmiegel (Ret.), executive director of the U.S. Chamber’s Hiring Our Heroes program. “This donation will allow us to hold hiring fairs around the country, as well as refine them to offer transition assistance workshops, ultimately helping us make even a greater difference on the critical issue of veteran and military spouse unemployment.”

The relationship with Hiring Our Heroes began when KISS and Mötley Crüe pledged to hire a veteran as a roadie as part of the National Chamber Foundation and Capital One’s “Hiring 500,000 Heroes” campaign. Army veteran and longtime KISS fan Paul Jordan was selected after a review of 1,900 applications received by Hiring Our Heroes.  Jordan, who is from , , served three tours of duty in and . The goal of the initiative is to engage the business community in committing to hire half a million veterans and military spouses by the end of 2014.

A photo of the check presentation can be downloaded here.

In March 2011, the Chamber, in conjunction with the National Chamber Foundation, launched its Hiring Our Heroes program, a nationwide effort to help veterans and military spouses find meaningful employment. The Chamber started the program to improve public-private sector coordination in local communities, where veterans and their families are returning every day. To date, Hiring Our Heroes has hosted more than 220 hiring fairs in 48 states, the , and , helping more than 10,400 veterans and military spouses find employment.

The National Chamber Foundation (NCF), a non-profit affiliate of the U.S. Chamber of Commerce, is dedicated to identifying and fostering public debate on emerging critical issues. They provide business and government leaders with insight and resources to address tomorrow’s challenges.