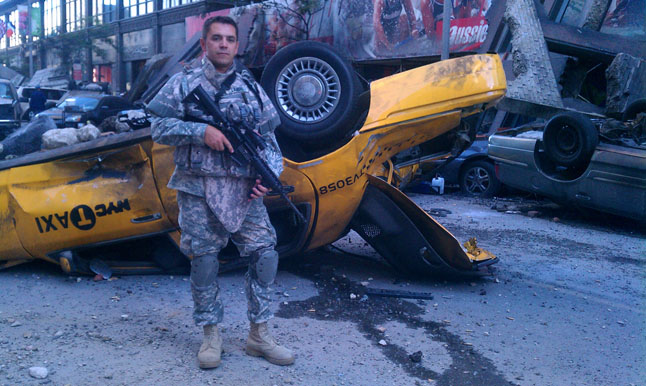 Many popular blockbuster films depict the armed forces in varying degrees, with varying motivations. Marvel’s Avengers series of movies showcase a federal agency with military resources and equipment, S.H.E.I.L.D. We see agents, police, and soldiers alongside beloved comic-book and larger than life heroes.

How do they stack up? What is the impact this pop culture has on the military and its servicemen and women, and vice versa?

Meanwhile in The Hulk, the military is seen less positively. As pursuers of the titular character, they are initially held as the antagonists who are constantly chasing the humble hero of Bruce Banner as he tries to live a life of peace and control. It is soon apparent that despite their attacks there is a valid good reason for their attempts to capture and subdue the Hulk, as he does cause a lot of collateral damage.

Then, in the Iron Man movies the military is a bit more neutral. Tony Stark’s friend, Colonel Rhodes, is an Air Force officer and confidante, acting as both advisor and mental foil to the protagonist. While the military isn’t completely in love with the billionaire hero, they aren’t his enemies either.

In the Avengers movie itself, the military as represented by Nick Fury of S.H.I.E.L.D. is a firm, cunning, but ultimately protective force trying to deal with threats very clearly more powerful and deadly than itself. Though the superheroes do much of the splashy action and work, the military and police are clearly seen working in the background to help in the situation.

The military and its martial and technological elite are often likened to real-life superheroes. Some like Captain America are obviously inspired and drawn from brave soldiers. On the other hand, comics often do inspire and influence the military. Today there are efforts to make exo-suits reminiscent of Iron Man and combat interfaces similar to JARVIS (Tony Stark’s personal computer and combat system).

So will the military have super soldiers like Captain America, in super suits like Iron Man? Will they ultimately be fighting unstoppable giants like the Hulk, or against technological foes like in the Avengers? Well hopefully not the latter. But, with any luck possibly the former!

Pop culture, like any inspiring piece of fiction, gives us something to strive for. An ideal, a “what if” that looks desirable and gives us a conceptual target to aim for. It is imagination, giving us an idea of what does not exist but could. And then, maybe someday reality can realize that. 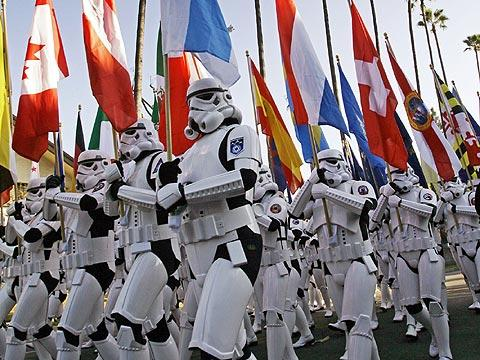 But pop culture never arises from a vacuum. Even the heady days of science-fiction like Flash Gordon were still based on reality. Laser guns were still just normal guns. Stormtrooper armor was still just body armor. Giant spaceship fights are just naval battleship sorties. The jaw-dropping fights of Star Wars: The Clone Wars are all pulled from actual troop movements and tactics.

Just as fiction serves to push reality forward, reality often gives fiction something to portray. And without that grounding of reality, fiction just doesn’t seem believable. Sometimes we even prize fiction that can show us reality in ways that we cannot get elsewhere.

So, has watching the Avengers movies convinced anyone to enlist? Possibly, possibly not. Did anyone in the service go watch those movies to see the heroes they adored as kids work alongside the real-life heroes those kids became? Quite so.