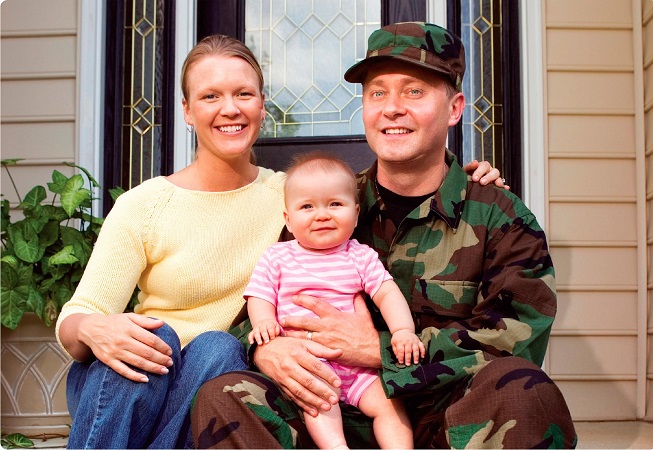 “This legislation extends critical protections to our nation’s servicemembers, veterans with disabilities, and the surviving spouses of fallen heroes who have made the ultimate sacrifice to protect our nation,” said Rep. Cummings.  “The bill ensures that the homes of servicemembers are protected when they are most vulnerable—when they are placing their lives at risk overseas or recovering from service-related injuries here at home.”

“This bill holds banks accountable and provides much-needed protections to those who’ve served our country,” said Rep. Michaud.  “This is a win-win for all members of our military and so many veterans, surviving spouses and their families. It should receive strong bipartisan support because it’s good policy and because it’s the right thing to do.”

“The men and women of our Armed Services and their families make a tremendous sacrifice to keep our country safe, and we must ensure that their financial security is protected here at home,” said Rep. Smith.  “Our servicemembers are often asked to move or be deployed on very short notice, which can present unpredictable financial difficulties. This bill takes critical steps toward protecting deployed servicemembers and their families from those potential financial challenges.”

“One can only imagine what it must be like to learn that you are about to lose your home while you are deployed to protect and our freedoms,” said Rep. Davis.  “Our servicemembers face unique challenges that warrant flexibility in issues of foreclosure that this legislation provides.  They should be honored for the sacrifices they make, not penalized.  I commend Congressman Cummings for his efforts to protect our military families.”

“As the Ranking Member of the Veterans’ Affairs Economic Opportunity Subcommittee, I’m proud to support the Military Family Home Protection Act,” said Rep. Takano. “This much needed legislation provides essential foreclosure protections for our heroes, who should not have to worry about losing their home while deployed overseas. Providing the flexibility laid out in this legislation is the least we can do for the brave men and women who put their lives on the line day in and day out.”

“It is unacceptable for our service members to be subjected to abusive penalties and practices when they are deployed. That is why I am pleased to join Congressman Cummings and my other colleagues today in introducing this bill today that will strengthen service members’ legal rights and protect them against unfair foreclosures,”  said Rep. Tierney.

For the last two years, Cummings has aggressively investigated illegal foreclosures, inflated fees, and other abuses by banks against servicemembers, veterans, and their families.  Although federal banking regulators have refused to provide Congress with detailed information on such cases, more than 1,600 individuals are receiving compensation for violations of SCRA under amended consent orders announced in February between the Board of Governors of the Federal Reserve, the Office of the Comptroller of the Currency, and 13 of our largest banks.  Since SCRA protections are limited to homes purchased before an individual enters active duty service, these violations likely represent only a subset of the number of military families subjected to abusive foreclosure and servicing practices.

Finding and Getting a Remote Work Position    Increasingly, a larger number of  jobs can be done from beyond a fixed office or other work location these days and today’s veterans are able to capitalize on this they seek work in the civilian sector. What practices should professionals make use of to locate as well […]

This message is only visible to admins.