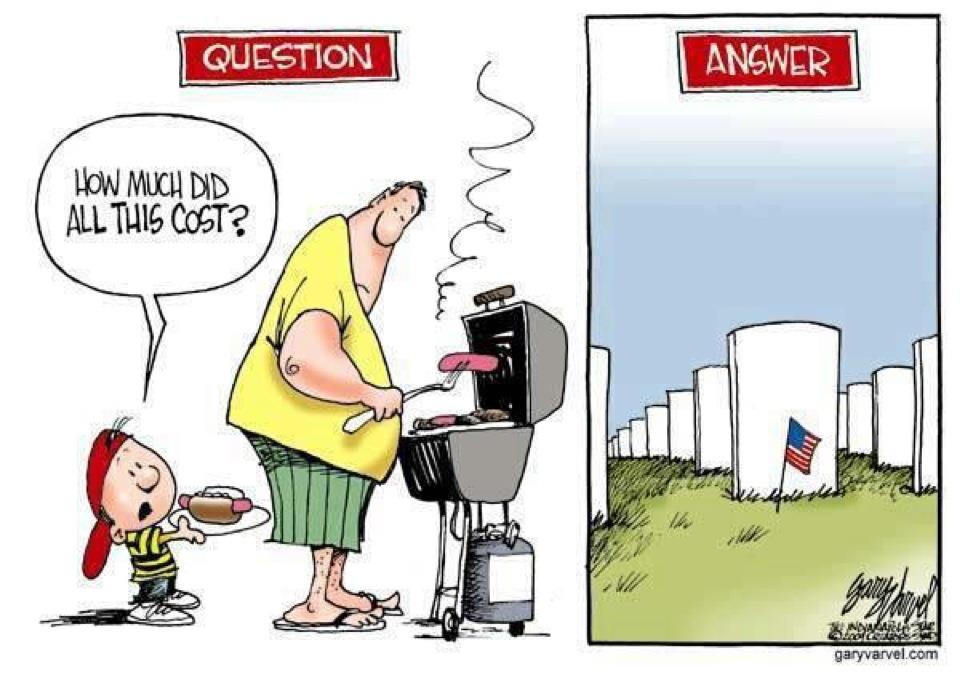 Nowadays I overhear a lot of people talking about what they’re going to do this weekend. They’re overjoyed over not having to work for three days, for their barbecue, and for the bad decisions they plan on making since they have all of Monday to recover. That’s nice and all, but it just feels to me like they’ve forgotten why we have this Monday off.

The government didn’t declare a holiday so people could get drunk, or to grill up some food, or to take a road trip; as good as all those things are. This day was set aside so we could remember, and thank, the men and women who fought for our right to live such a life. They didn’t just sing the song, they literally fought for our right to party.

The things we have today, our smartphones and tablets, our pop culture and entertainment, and the businesses we have were seeded a long time ago. At least fifty years. The things we enjoy were bought, or at least guaranteed, by those who fought before.

We have the food to throw on the grill, and the latest gadgets from overseas, and the biggest cinema blockbusters because of our veterans. We spend every waking moment of the year trying to enjoy these as much as we can, and we absolutely detest it when we are prevented from doing so. The warriors fight so their families don’t have to, this is true. But it shouldn’t be neglected that someone did fight.

Our society doesn’t have to be this way. It’s not set in stone. It’s not preserved, it’s maintained. We expect to fight for our families but those who fight are still our family too, and they shouldn’t be forgotten.