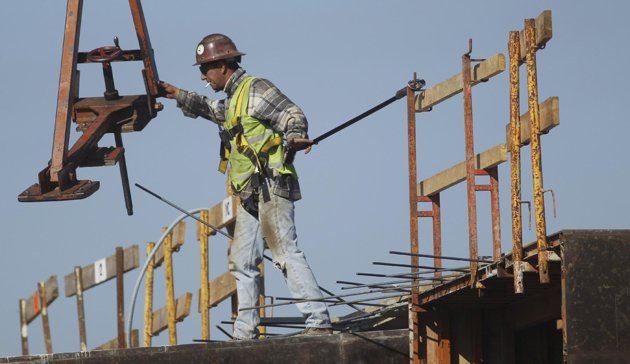 WASHINGTON (AP) — A burst of hiring in December pushed the U.S. unemployment rate to its lowest level in nearly three years, giving the economy a boost at the end of 2011.

The Labor Department said Friday that employers added a net 200,000 jobs last month and the unemployment rate fell to 8.5 percent, the lowest since February 2009. The rate has dropped for four straight months.

The hiring gains cap a six-month stretch in which the economy generated 100,000 jobs or more in each month. That hasn’t happened since April 2006.

The steady drop is a positive sign for President Barack Obama, who is bound to face voters with the highest unemployment rate of any sitting president since World War II. Unemployment was 7.8 percent when Obama took office in January 2009.

Still, the level may matter less to his re-election chances if the rate continues to fall. History suggests that presidents’ re-election prospects hinge less on the unemployment rate itself than on the rate’s direction during the year or two before Election Day.

Economists forecast that the job gains will top 2.1 million this year.

The December report painted a picture of a broadly improving job market. Average hourly pay rose, providing consumers with more income to spend. The average work week lengthened, a sign that business is picking up and companies may soon need more workers. And hiring was strong across almost all major industries.

A more robust hiring market coincides with other positive data that show the economy ended the year with some momentum.

Weekly applications for unemployment benefits have fallen to levels last seen more than three years ago. Holiday sales were solid. And November and December were the strongest months of 2011 for U.S. auto sales.

Many businesses say they are ready to step up hiring in early 2012 after seeing stronger consumer confidence and greater demand for their products.