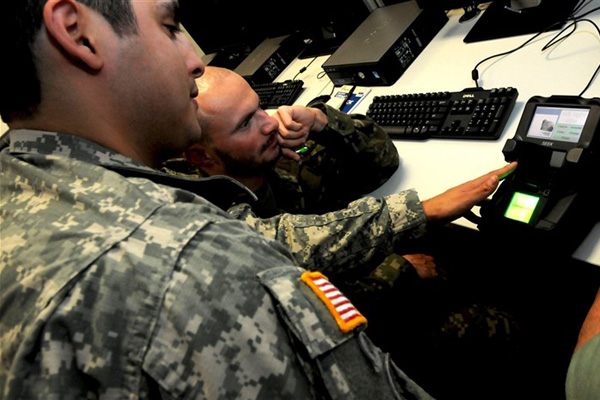 Transitioning Veterans are slowly approaching a critical point in history whereas they may no longer be directly hirable by the private sector.Over our nation’s history, Veterans traditionally transitioned seamlessly from a role within the military to a civilian career of equal pay and responsibility.

However, as the world continues to innovate, our military and defense forces are still operating and training with Cold War Era technologies.This lack of organizational and operational innovation may have huge repercussions on our transitioning Veteran community.

A sizable impact will be seen in the automotive and mechanical industries.Traditionally the Veteran community was able to seamlessly translate military mechanized skills to civilian markets. However, as companies such as Google and Uber transition their business models to self-driving automobiles, the Department of Defense writ large has done little to address techno-mechanical innovation.

This lack of innovation and ultimate implementation is not only damaging to national defense but our transitioning service members, as they lack critical civilian-equivalent skills.

Elon Musk’s fossil-fuel revolution furthers this gap as the Department of Defense has yet to adopt a formalized plan to implement solar and battery technologies.

The private sector is responding and reacting to consumer demands for clean and energy efficient technologies but the DoD has yet to make the leap. Musk’s Tesla, in partnership with Solar City, is leading the charge and laying the foundations for a potentially all electric future.

In response to this competition in the marketplace, companies such as Daimler Chrysler, Ford, and Volkswagon are all building battery production facilities.

This demand will require a trained and knowledgeable workforce. Unfortunately, without such technologies, some may question whether our transitioning Veteran communities will be able to bridge this technology capability gap.

When addressing the issue of bridging the carbon to electric or mechanical to technical, civilian models exist. Companies such as SAE international and EVITP provide fee based training programs to those who are interested in making the technological leap.

Though available to the general public and ultimately Veterans, these programs carry hefty price tags are not necessarily covered under the G.I. Bill. Furthermore, these programs do not have formal placement incentives for military Veterans.

Another area of concern for future transitioning Veteran’s is career placement in private sector management and sales careers.

Traditional placement companies have held on to a large share of the transitioning military population because of their unique ties to the private sector.

However, as industries become more technically advanced, they will require their management and sales teams to have the same understandings of such technologies. Therefore, placement companies may have a difficult employing Veterans without transitional training.

A potential bridge for the civilian-techno gap is illustrated in companies such as Tech Qualled, Coursera and Udacity.

These organizations provide tech-centric training programs that address the critical tech-training to employment gap. Coursera and Udacity are not specifically designed to support the Veteran community. In contrast, Tech Qualled takes a slightly different approach by training Veterans over a period of 8-weeks, both online and in residency at their Fort Worth campus.

All programs bridge the tech training gap required by today’s networked market but Tech Qualled provides the benefits of a Veteran placement company at the conclusion of its formalized training program.

Whether a traditional placement company, a training only company, or a combination of the two; the Veteran community requires greater assistance developing technology-centric business acumen.

Companies such as Tech Qualled may be the future standard for private-sector Veteran employment assistance.Requiring Veterans to train with one company and place with another, with no continuity between the two, may be too great of burden to place upon our nation’s finest.

Jason Tebedo is retired U.S. Army Major and graduate of the Naval Postgraduate School. Jason holds a Bachelors in Sociology and a Masters in Information Strategy and Political Warfare. He has three combat rotations and is a recipient of Two Bronze Stars.