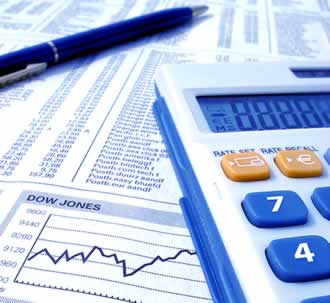 Military Experience a Plus when Considering a Financial Advisor, According to Edward Jones Survey

Integrity, Discipline and Goal-Oriented Traits Among Key Characteristic That Appeal to Americans

– April 3, 2012 – According to a survey released by financial services firm Edward Jones, Americans today view the traits of military veterans positively when selecting to work with a financial advisor, underscoring a demand in the market for veterans in the financial field.

When asked why they would chose to work with a financial advisor with such experience, top reasons included military veterans’ discipline (77 percent), goal-orientation (73 percent) and integrity (72 percent).  Also influential, six in ten Americans (61 percent) said they would like to work with a veteran to thank him or her for their service to the country.

Conducted by ORC International on behalf of the firm, the survey of 1,006 respondents revealed nine in 10 people (90 percent) think that skills gained in the military are transferable to post-military careers.  Fifty-seven percent believe those skills are specifically applicable to a career as a financial advisor.  Seventy-five percent of Americans said they would be likely to work with a financial advisor who was formerly a military serviceman or woman.

Edward Jones was recently recognized by CivilianJobs.com as a finalist for the 2012 Most Valuable Employers (MVE) for Military®.  For the fourth time in as many studies, Edward Jones financial advisors rated the firm “Highest in Employee Advisor Satisfaction among Financial Investment Firms”, according to a recent study by J.D. Power and Associates.  Additionally, this year Edward Jones was named a best company to work for by FORTUNE magazine, ranking No. 5 on that prestigious list, and was ranked a best company for training by Training Magazine, the twelfth consecutive year the firm has earned that honor.

These results are based on a national probability sample of 1,006 telephone interviews conducted among adults 18 years of age or older (502 males and 504 females) living in private households in the continental United States, conducted from March 8-11, 2012.  The margin of error for data based on total sample is plus or minus 3 percentage points.  The survey was conducted by CARAVAN®, an omnibus service of ORC International for Edward Jones.

Edward Jones provides financial services for individual investors in the and, through its affiliate, in . Every aspect of the firm’s business, from the types of investment options offered to the location of branch offices, is designed to cater to individual investors in the communities in which they live and work. The firm’s 12,000-plus financial advisors work directly with nearly 7 million clients to understand their personal goals — from college savings to retirement — and create long-term investment solutions that emphasize a well-balanced portfolio and a buy-and-hold strategy. Edward Jones embraces the importance of building long-term, face-to-face relationships with clients, helping them to understand and make sense of the investment options available today.