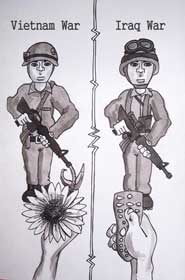 It’s become problematic nowadays: the homeless veteran, the forgotten soldier at the airport, the ignored beggar outside the grocery store asking for donations. It has become a modern tragedy, the deplorable state of our servicemen and women. And yet, was it always like this?

The returning soldiers from World War II did not seem to receive such treatment, in fact the opposite. A veteran could walk into a bank with their uniform on and receive a loan almost purely on that basis. Now, when a vet walks in to interview for a job, instead they are scrutinized as to whether or not they are even aware of modern business practices and technologies.

I believe a good deal of this change is a result of the sour attitudes over the Vietnam War. Lots of perceptions changed during that time. The soldiers were no longer seen strictly as heroes; many were hated. The draft made many individuals resent the armed forces, instead of seeing them as stalwart defenders and upholders of strength and virtue. The hero worship had ceased when the dark side of war, conflict, and fighting, all came to light.

While today’s wars have certainly been contested in public opinion, almost everyone has agreed to back the troops. So why is there so much apathy towards them still?

Modern technologies make communication with soldiers easier and more transparent than ever. We can Skype our loved ones serving overseas, call or text them, and even email is incredibly faster than waiting for postage letters.

Could this better communication make them, in a twisted sense, less endearing to us? That while physically they are far apart and certainly in harm’s reach, having them but a phone-call or button-press away dispels much of the distance and consequently the sentiments to a degree?

Could it be we have become less trusting of authorities in general? On one hand trust and approval of our government at local, state, and federal levels is at an all-time low. Media portrayals of police scandals, alleged brutality, and corruption have broken the once valiant image of the police officer too. Are there just no more authority figures we fully and unquestionably trust and respect anymore? 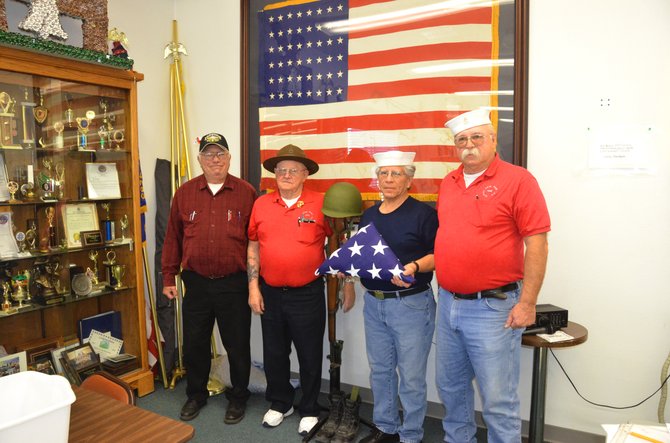 Or have we as individuals and society just become that much more inward? More self-oriented, less interested in others in general? More focused on ourselves, our social image, our jobs, our livelihoods, just making ends meet nowadays. Have our attention spans become so limited that anything beyond a few days, a few minutes even, loses emphasis in our personal worlds only to be immediately replaced by something else (some other trifle, some other distraction, some other disaster or crisis)? Is it just that much harder to remember why our soldiers were deployed and what they’re fighting for?

So what’s the difference between now and then? A WWII or even Korean War veteran came back to certain respects. A Vietnam vet was lucky to get any sympathy. And since then, today’s vets get almost nothing but apathy. Have we as a people just become disillusioned, less trusting, impatient, pessimistic, and self-centered?

Maybe here’s the more pertinent question: Can we fix this?